The following contribution is from Seattle-based independent journalist, David Malekar; who regularly publishes content to the WashCo Chronicle and other online publications.

Upon arrival in Orlando, Florida I was a little late to the convention having arrived at 4:30 PM EST and not making it in till about 6 PM on Friday, May 27, 2016.  There was time to get a feel for the candidates and check out the other State Delegates from across the Nation.  It was reported that 997 Delegates that were eligible to vote, were in attendance.  There was more when you include guests.

One of the major platform adaptations that pass was the stance against the State Death Penalty:

‪Judicial Reform‬ must happen and there is currently 2% that are later found "Not Guilty" that are subjected to this. It is a violation of the ‪NAP‬.

The follow videos are the Presidential Candidate speeches after they secured their spot in the final debate.  The list of final Candidates were determined by the token voting system that all State Delegates were given upon registration arrival.

The follow videos are the Presidential Candidate debates that were held at 8 PM EST May 28, 2016

Press Conference after the Presidential Nomination of Gary Johnson

After the first round of voting,
VP candidates began to make their announcements of dropping from the race

Will Coley Consensus Speech and Endorsement of Sharpe

Sharpe speaks after Weld wins the Nomination for VP

It was controversial, it was emotional.  At the end of the day, the Libertarian party was given a Johnson/Weld ticket for 2016.

The next day, on May 30th, Chairman of the Libertarian Party, Nicholas Sarwark was re-elected. 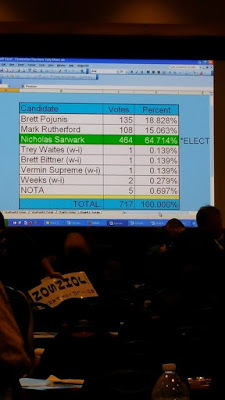 The Vice Chairman position was won by Arvin Vohra 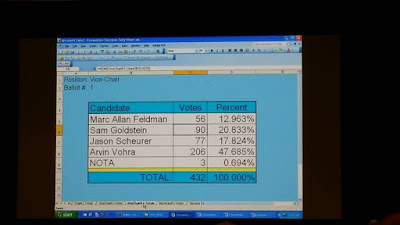 After the closing of the event on that Monday, May 30th, 2016, David Malekar gave one final broadcast live from Orlando, FL regarding the event and some personal thoughts.

A month later, we have seen a historic amount of Mainstream Media Press Coverage for Gary Johnson and Bill Weld.  They have had Town Hall meetings on CNN, the Gary Johnson Facebook page has soared about 100k likes since before the convention, and many disgruntled Bernie Sanders fans have jumped aboard the Libertarian Train.

In closing, this article is dedicated to the now late Dr. Marc Allan Feldman, who sadly left this world on June 23rd, 2016.  He is a Hero in the Libertarian Party, and in person.  He helped saved the life of someone while at the LNC who had been a victim of a hit and run outside one of the entrances.  You will be sorely missed.  May the Party win many elections this year in your honor.