The following contribution is from Seattle-based independent journalist, David Malekar; who regularly publishes content to the WashCo Chronicle and other online publications.  The interviewee Brian Luke, is running for Washington's 2nd Congressional District as a Libertarian.  You can find more information on Brian at the website http://www.luke4congress.com and follow on Facebook at facebook.com/BrianLukeforCongress/. 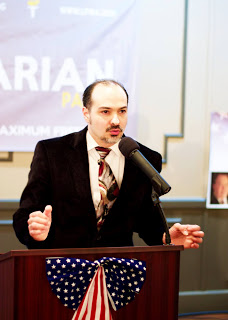 DM:  Thank you Brian for taking the time out of your busy schedule for this sit-down.  What is the driving force behind your entrance into campaigning for Congress?
BL:  The driving force behind my run for Washington’s 2nd Congressional District is to show voters that there is a choice other than the Republican and Democratic parties. That choice is the Libertarian Party. With regards to the federal government, the Libertarian Party stands for fiscal responsibility, a non-interventionist foreign policy, the importance of property and maximizing freedom.

Before becoming a member of the Libertarian Party this year, I was involved in the Republican Party for eight years. I thought that libertarian-leaning ideas could be pushed within that party but I found that to be too difficult. Furthermore, I found the Republican Party to be fiscally irresponsible at the national level. That party practices a policy of lowering taxes without getting domestic spending cuts and then on top of that cranking up military spending. That policy produces huge deficits. We started to see the results of this policy during the presidency of Ronald Reagan, who presided over a near tripling of the national debt. To show you and your readers how the debt grew during Reagan’s presidency, I wanted to provide a U.S. Treasury link to the growth of the debt from 1950-1999: http://www.treasurydirect.gov/govt/reports/pd/histdebt/histdebt_histo4.htm
Although I disagreed with the results of national GOP policy, I also noticed that the GOP had very little youth appeal. I found that the GOP largely consisted of baby boomers and primarily catered to them. There is nothing wrong with baby boomers, but a political party cannot be made up of primarily one age group. I recently attended the Libertarian Party of Washington’s convention and was pleased to see all age groups, especially young people in their 20s and 30s.

DM: There is certainly a noticeable amount of support from the Libertarian Party from younger people.  How much of a difference have you seen in your campaign thus far as a Libertarian, from the 30 and under crowd?


BL:  Although my campaign is just starting, I am really impressed with Libertarians in the 30 and under crowd. They are far more eager to spread the word about Libertarian news, candidates and the message in general. And they are tech savvy and willing to try new methods of getting the word out. This impressive crowd is different than what I saw in the GOP, which changed too slowly. The GOP took the youth for granted and it will suffer greatly for it. The youth must be respected for their abilities, experience and openness to try new ways of doing things.

DM:  The "old guard" really did pass up on the future voters and those who are concerned about the well being of their future.  What words of encouragement can you provide for those who will be fighting tooth and nail for their retirement, let alone being able to purchase their own home?


BL:  I would just recommend that they save and be frugal. As we saw in 2008, the economy can change for the worse and people can lose so much. It is good to try to pay as much of your stuff off as possible and start saving a little bit each month (no matter what the amount) in case an emergency comes.


One of the big things for people under 30 is student loan debt. I would strongly recommend that people go no more than $20,000 in debt. And students should try to work at least part-time so debt does not get out of hand. If that means going to school part-time, maybe that is the best option. The goal is to not load yourself up with massive debt when you are done because the interest on those loans will come. If you do not get a decent paying job for your education, you are still stuck with having to pay for that loan.
Everyone holds their future in their hands. That being said, unexpected things do indeed happen.

DM:  Day one in office; let's hear what goes down.


BL:   Day one begins the task of meeting other U.S. House members in which I can collaborate. I will have to work with Republicans and Democrats in order to address my unique campaign platform that involves improving trade, fiscal, tribal, marijuana and foreign policy. My viewpoints on these issues can be viewed on my campaign website: http://www.luke4congress.com/issues 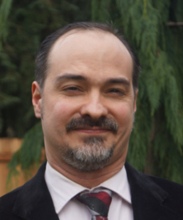 DM:  It's hard to predict everything that would come your way during your term; ideally, what would you like to see finished (or on the path to be) the day you complete your last day in office

BL:  Ideally, I would like to see everything checked off the list – but I know that will not happen. Things happen slowly. So, I would really like it if I could get a few of my issues to legislatively move in a better direction. If I could not accomplish that, to at least start or join a conversation about how to change policy on issues, which may not see actual change until later down the road.

DM:  What efforts do you hope to accomplish as far as criminal justice reform is concerned.  What action can be taken?
BL:  I would like to look at whether there is just compensation for those people affected by unjust federal prosecutorial practices, reforming the sentencing and treatment of non-violent federal offenders, removing the federal prohibition of marijuana, and assuring due process is available for those people negatively affected by federal agencies. I still need to learn more about these issues and determine the best strategy for dealing with them. I will say that I am really impressed with how U.S. Senator Rand Paul has educated the public about criminal justice reform issues and has worked with his colleagues across the aisle to introduce legislation. If I were to be elected, I would definitely want to meet with him.

DM:  What other major issue have we not covered yet, that your opponents are ignoring?  How do you plan on addressing it?


BL:  Although I mentioned it in the last question, to my knowledge, I do not believe any of the other candidates in my race have talked about removing the federal prohibition of marijuana. I do not believe that the U.S. Constitution allows Congress to deal with marijuana in Washington State. Article I, Section 8 of the Constitution only allows Congress to deal with commerce with foreign nations, the tribes, and between the states (interstate commerce), but says nothing about commerce within a state (intrastate commerce). I believe that the marijuana community has been villainized without good reason, sometimes hindering the sick from something that helps them.
Ultimately, marijuana is legal in Washington State but illegal under federal law. You have to remove the federal prohibition to maximize freedom for all in this area.


DM:  It's been great talking with you, Mr. Luke.  We wish you the best in your run for Congress this year.  In closing, what final thoughts do you want to leave with readers going into the polls come election day?


BL:  I would like your readers to consider voting Libertarian from the top to the bottom of their ballot. Libertarians have a vision that may offer a way out of a number of conundrums in American domestic and foreign policy.
Thank you for the interview David.
Posted by David Malekar