You can catch our previous interview with Jamie Sherman from March 16, 2016, here.  The interviewee, Jamie Sherman, the creator of Voluntaryist.  This comic series focuses on the battle for liberty and self governance/independence. You can contact the self proclaimed "Number 1 Libertarian comic universe in print" at his webpage.

DM:  LCI once again gets to chat with the man behind the hit comic "Voluntaryist," Jamie Sherman. Thanks for being with us, again. For those who may be hearing about this unique comic for the first time, give the readers a quick rundown on our main superhero.

JS:  “Voluntaryist” is the tale of a superhuman hero who finds himself pitted against the government as the government tries to enslave humanity once and for all.  He is a young man with extraordinary powers created through a chance encounter with cosmic radiation. His personal mission is to rescue his parents from government agents, but that objective is often frustrated with the likes of giant monsters, super-villains, and even the U.S. armed forces.

The story is centered around a young man named Jack Lloyd who is, in disguise, Voluntaryist. The series begins when Jack graduates from undergrad with a degree in mechanical engineering. He is a smart guy, but worked hard to get through school. His parents live on a farm and raise organic foods which they sell to local markets. Jack comes home after college to help his family for a short time so his father can recover from a hip surgery.

During the time home, Jack’s father and mother battle an eminent domain issue. The local government tries to take the family farm to use for economic development and possibly as a source for new fuel extraction. Jack’s father does not like government generally, and this is seen as leaving hints of impressions upon his son. Jack’s father refuses to sell the land and the government prepares to remove the Lloyd family with a court order. 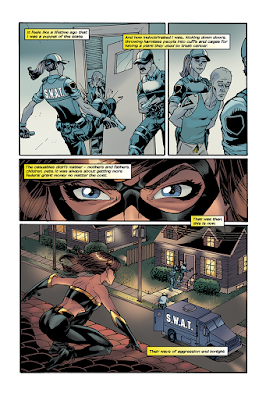 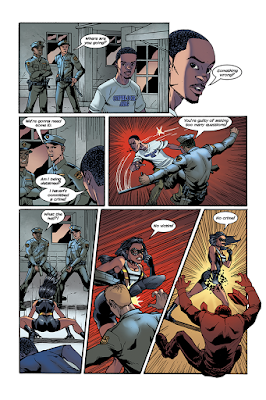 DM: There's a huge new campaign going at indiegogo. What's the story with what is happening and what you expect? How are others able to get involved?

JS:  This Indiegogo is focused on telling the origins story of how Jack comes to be Voluntaryist. We are hoping to complete the full graphic novel so that we have a canon foundation for the rest of the series, one that we can showcase at conventions and use as a film storyboard. If fully-funded, we will produce a 50-page comic. You can get involved with the project with a perk support option at the Indiegogo campaign website. We have lots of cool options from action figures to supersuits. Every dollar helps us get closer to goal, and a completed comic is one that can be purchased later on-demand. (link: https://www.indiegogo.com/projects/voluntaryist-origins#/)


DM:  For the record, I am a fan of the series and look forward to seeing this backstory. For those reading, if you have not picked up one of these issues yet, you will not regret it. If you are a fan of comics, Liberty, science fiction, you're going to have a good time. Correct me if I'm wrong, it's been a couple years since your first issue? How satisfied are you with the growth and the fanbase of the series?

JS:  I've been amazed at how much the comic notoriety and fan-base has grown. When I began, it was tailored to a very small segment of the population. There we're too many people who were both hardcore libertarians and comic book fans. I've been fortunate that both the interest in comic nerddom and libertarianism has exponentially risen since 2012. I went from a few hundred "Likes" on Facebook to over 5,000 on my comic series. 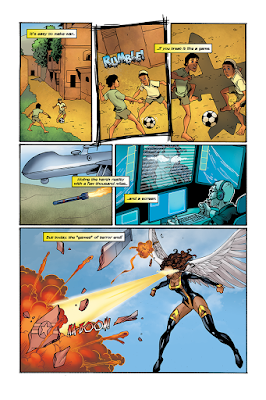 DM:  Would you be able to give us a sneak peak on any details coming in the near future after origins?

JS:  After origins, I intend to work on the intends dues chronologically. I will be writing stories and releasing them to build interest like I did with the origins script. I will also be seeking out avenues for an animated film.


DM:  Very exciting, especially with the animated film.  We had discussed that in previous interviews, and great to see things coming along to get to this point.  Next thing we know, there will be a movie script and deal made.  Not trying to rush things, but aim high!  Thanks again for spending time with us here at LCI.  Last words for our readers?

JS:  If you have talents, share them for liberty! We need more creative people who are passionate about liberty breaking into the mainstream culture whether it's comics, music, movies, or crocheting - true talent sticks out! 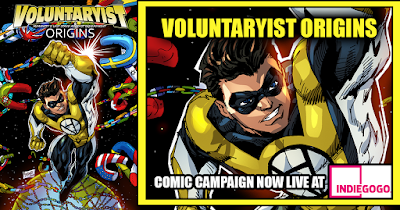 This contribution is from Seattle-based independent journalist, David Malekar, Editor in Chief for the Liberty Chronicle Independent; and publishes content to other online publications.
Posted by David Malekar