Why We Should Rally Around Gary Johnson by Avery Hufford

Why We Should Rally Around Gary Johnson 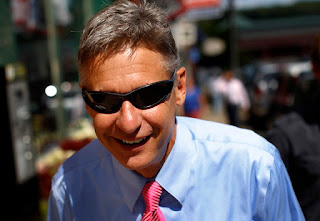 Gary Johnson and his running mate Bill Weld are gaining lots traction in our current political election. This is for obvious reasons. Donald trump has divided the GOP, while Clinton continues to be the “Washington money“ pick and right hand puppet for the globalists. Bernie Sanders just endorsed Clinton and ruined his “revolution”. Who is left? Well just about the most controversial candidate of the 21st century after Ron Paul. Gary Johnson is attempting to have a third option available to Americans who are FED up (pun intended). You can read about him just about anywhere on the internet but this article is for those other libertarians out there that aren't ready to stand with him and Weld.

Many libertarians are not willing to accept some of his very controversial standpoints. Believe me, I wasn't thrilled to hear him say that his feelings of "Killary" are moderate and that the TPP (Trans Pacific Partnership) is a good idea. The Nazi baker cake incident didn't leave a good taste in my mouth. Now we can cry about how Peterson would have been the better pick, or we can realize something. Right now, people are interested in the libertarian party. It is in fact, a party. We have a collection of principles we want to promote and we can only do so ambiguously through candidates we attempt to collect. Gary doesn't stand with all of us on everything. The truth is, that he's good enough to have people of political persuasions typing into their Google search bar, “ libertarian party”.

People want all or nothing, and take it from a radical at heart, I want it all too. The thing is, for the most part you can never change too much as a president anyway (thank God with the idea of Hillary entering office). Gary and Bill I do not believe will win, but that's not what it's about. Chances are very much against Gary and Bill. So were they against Ron.  Did that change what happened? Look, I understand Gary is no Ron; but his name and how he is influencing people to look into what a libertarian is, that is what we need to rally behind.

He is the the moderate candidate we need. Odds are not in his favor at all. He is there to help rally new people to listen to us libertarians and liberty minded democrats and republicans. The green party folk are just a step behind us. Though they do not hold many principles the same as libertarians, we have to realize people show up to the door for all different reasons. I used to be a big democrat who voted for Obama. I started paying attention to the green party and Cynthia McKinney  when disappointed with the democrats. Now I am here. People are coming around, and the pragmatism and moderate style Gary and Bill are promoting will do so. Do not be a cynic on the bench while the game is being played.
Posted by David Malekar