Why I am voting Gov. Gary Johnson, President by Chaplain Scott Scrimshaw

Why I am voting Gov. Gary Johnson, President 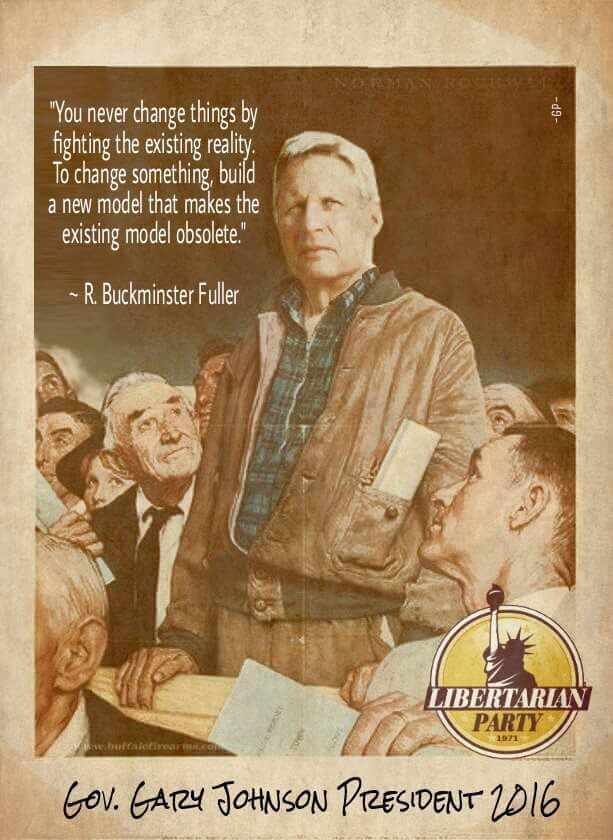 As an American citizen, I believe he represents the best in American ideals and will act in accordance with America’s best interests. I applaud his choice of  Governor Bill Weld as Vice-President. Johnson stands uncompromisingly for the Bill of Rights, Our Constitution and Our American Enterprise. Gov. Johnson has a measurable record of proven success. He clearly understands the threat posed by Sharia law, Terrorism, Aggressor Nations and our $20 trillion dollar National Debt. He is a maverick among conformist, a principled moderate amidst extremist and a mature, calming voice in shrill times. His defense of personal privacy and property is in keeping with the highest of American values. His support of long standing Conservation practices and technological innovation give me hope for a truly sustainable future.As a US Navy Veteran,  I see that he understands the reality of a fully funded, modern military for the defense of our Nation, our Interests and our Allies. Gov. Johnson  stands firmly against Regime change and Nation building. I see him as the best candidate to keep members of our Armed Services ready at all times while limiting loss of life and limb. His is the Statesmanship and temperament I want to see in a Commander in Chief.As a Community Chaplain, I see his  refusal to engage in political muckraking speaking volumes. His empathy for those incarcerated in the “War on Drugs” his evidence based approach for harm reduction are hallmarks of a compassionate leader.  His consistent defense of Civil Liberties, his steadfast support for the Civil Rights Act of 1964 and the LGBT community is in keeping with the ideals of the Reverend Martin Luther King Jr. Gov. Johnson is a voice of civility and tolerance. His conviction is welcomed in our shared faith communities.As a small business owner, I saw my businesses in New Mexico come into existence through simplified and streamlined requirements. I saw them thrive in a favorable tax climate and I saw them grow and expand largely because of extensive road projects in important corridors of commerce, connecting distant cities and smaller markets. As a father, my children were the direct beneficiaries of his pioneering Charter Schools. Their public education has equipped each of them to succeed. Merit based Lottery scholarships for College have furthered that success. His Health care and Social services policies enabled my children to have insurance and our community to have a safety net.As a Libertarian I know Libertarian thought is a spectrum of ideas. Gov. Johnson is a Libertarian in every sense of the word. He is also a leader experienced in the world of practical application. His has the ability to inspire others from diverse backgrounds to join in the cause of Liberty. His refusal to think in terms of single issue dynamics while remaining true to a Libertarian framework is sage wisdom. It ensures a Nation strengthened by a broad center and not rendered ineffective by its fractious edges. It is time for the Libertarian Party to lead the way as America enters into a new political era. The era of the third party. I wholeheartedly endorse Governors Johnson and Weld. They represent the spirit of America that I know, and that I hope others will remember.“You never change things by fighting the existing reality. To change something, build a new model that makes the existing model obsolete.” ~ R. Buckminster FullerScott D. ScrimshawHood River, Oregon Chair, Oregon for Gary JohnsonVolunteer Chaplain, Johnson/Weld Faith Coalition
Posted by David Malekar