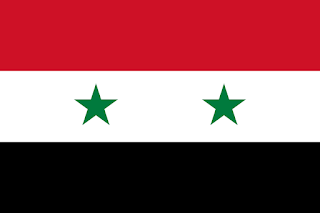 Yesterday, Trump authorized the bombing of a Syria air base.

For those not aware, Syria and Russia are close allies. In fact, Russia provides a lot of weapons to Syria. So apparently, a vote for Trump was also a vote for a war with Russia.

Don't get me wrong, the use of chemical weapons, especially against civilians, is a heinous crime and should not be tolerated. However, the United States is not the world's police force - that's what the United Nations is for.

Libertarian presidential candidate Gary Johnson received a large amount of criticism for asking "What is Aleppo?" during an interview. Personally, I'd rather have a president who doesn't know where Aleppo is, compared to one who wants to bomb it.

But I digress. The fact of the matter is, we now have had multiple consecutive presidents from both parties take military action against other countries without congressional approval. Enough is enough. It's time we started electing leaders who will actually follow the constitution, and work to preserve peace, not wage war.

It's time to vote Liberty.

Ken is an independent contributor for the Liberty Chronicle Independent.
Posted by Ken