Trump Used the Media Against Itself by Nassif Hussary / Blaz Hrovat 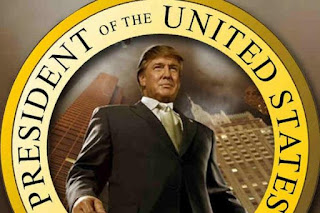 Independent Associate Editor Note from David Malekar:  All publicans by the Liberty Chronicle Independent are written by individual contributors and are not reflections or opinions of the LCI.  We encourage freedom of speech.  A thank you to Nassif Hussary (located in Palestine) and Blaž Hrovat (located in Slovenia) for submitting this piece.  They wish to express that they are not Trump supporters.

Trump wants to build a wall, Muslims need to stay out of the USA, women are fat bitches you grab by the pussy, Mexicans are rapists, he's a racist, homophobic Putin puppet, and egocentric chauvinist etc. are all things mainstream media has fed you over the course of his presidential campaign, the same media that's paid by the Wall Street elite as the main focus of globalist propaganda.

Isn't it very strange how in 30 years time before these elections, no one accused him of being any of those things? After running for presidency they strike him. It's a little known fact that both parties had a candidate of their own set up for years. Jeb Bush and Hillary Clinton who were supposed to go at each other at a grand finale that would've essentially been different sides of the same coin. Then Trump came in and "wanted to build a wall" and no one knew what to think.

He was fresh, he was new, he was a new breeze to the political scene, guarded by grey lazy political elite. They laughed at him, brought him down, ridiculed him, but unknowingly they created attention towards him and raised his popularity. People noticed that lying statements and watered down political and academic words coming out of the mouths of Obama and all the others who came before him were just not enough and are just a distraction.

Hillary was promising exactly what the main interests of corporations are: War. The perpetuation of agony in the world, created by the presidents before her. People picked Trump, who has already ran 100+ businesses that still blossom today, with only 4 failing, which is an enormous business achievement. The guy isn't great, he's not even good, we all know that. He's an egocentric and his speeches are like they were written by children, but he has exposed the real face of media, the rigging of elections, the absurdity of a 2-party system, the corruptions in politics and the power of lobbies who have done everything they could to get an outsider like trump out of the picture. Trump financed himself with money from his 40yr career. His own money. He was never in feud with the law, never punished, he didn't need this. He knew his candidature would result in ridicule and laughter, that he will become the "bad guy" over night, simply because he appeared in the middle of a rigged game.

The last president who was not rigged was Kennedy and we all know what happened to him. We cannot say for sure what he will bring, but we can be sure that a candidate so popular as him who is such a thorn in the side of bankers will NEVER appear again. He has said some vulgar shit, of course, but that's because he didn't get a PhD in bullshiting like the rest of them, who pack the biggest evil in flowers and candy.

Against Mexicans? only illegal immigrants.
Women=fat bitches? only Rosie o' Donnel.
Racist against blacks? He was awarded for huge donations to the Afroamerican community.
He's rooting for the KKK? Hillary's private teacher was an ex leader of the KKK - Robert Byrd; and she looked up to him a lot.
Vulgar Sexual statements? Hillary protected a rapist in court and has silenced multiple of her husband, Bill's rape victims through blackmail and threats.

Oh, and don't forget all the scum that was revealed about her and her organization through Wikileaks. #spiritcooking

Before the voting had started, I've thought of Trump as a way for the people to show that their opinions matter (no matter how bigoted they may be or seem). If you haven't noticed, a huge majority of influential and relevant people in various media outlets have said that Hillary was going to win, Google and Bing flat out gave trump no more than a 5% chance at winning... yet look what happened!

The people voted and the people made him win, this showed us that the people can actually DO SOMETHING if they put their minds to it. I've seen Trump supporters actually doing their research to clear Trump's image online by opposing the media and exposing the outright bias and irrelevant attacks over his person, which seemed to take priority over the well-needed criticisms of some of his policies.

The Democratic campaign simply relied on flip-flopping, saying anything to gain support, as pointed out by Barack Obama himself about Hillary Clinton back in 2008... so is it a surprise that he'd switch sides to support her in her campaign when Trump started to take the lead?

Meanwhile, like I mentioned earlier, most of Trump's campaign's opposition had no more than "he's racist/bigoted/sexist...etc." to go against him, some women went as far as accusing him of raping them over a decade ago simply for political agenda.

"The Wall" was just there to get media attention after the ridicule made him popular. Otherwise media would've been directed at Hillary only, but they can't resist a scandal. A bad commercial is still a commercial. Trump has written a book "Art of Deal" where he thoroughly explains how to get media attention and how simple it is, even if they hate you and are bought against you. He knew what psychological approach to take. His campaign could've well been a big act.

30 years ago, Trump reached the public eye when the Rothschild family bailed one of his businesses out and they expected him to work by their rules and he broke them. This is a unique moment in history, it will force both parties to rethink and restructure themselves. This presidency will definitely bring new things to the table.

In the end, Trump's success wasn't about bigotry or racism in America (while it did play a part), it was more about people sending a message that could potentially lead to a reform by the people, for the people, in order to weaken the government's influence for the better.

Finally, I think Trump should just walk around with a bullet-proof helmet on his head all the time.


Now, can I PLEASE not see any uneducated, uninformed, intellectually-insulting whining on my Facebook news feed starting today and up to 2 weeks from now? (because, apart from Harambe, nothing stays relevant online or in the media for long than that).

TL;DR, STFU, it's not the end of the world, the Media, Democrats and Libtards have reaped what they've sown, Trump is now president, and shit won't be as bad as y'all are making out to be. If the worst thing you have against Trump is his vulgarity, while you ignore the countless war crimes HRC is connected to, including the creation of ISIS and the destruction of countless lives in the Middle East in the name of war and oil profit... then please consider Clorox as your daily refreshment drink.
Posted by David Malekar