President Authorizes Relocation and Internment of Citizens for "National Security" 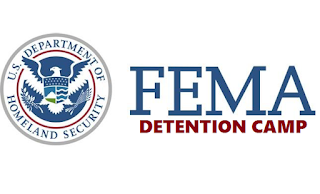 Whereas the successful prosecution of the war requires every possible protection against espionage and against sabotage to national-defense material, national-defense premises, and national-defense utilities as defined in Section 4, Act of April 20, 1918, 40 Stat. 533, as amended by the Act of November 30, 1940, 54 Stat. 1220, and the Act of August 21, 1941, 55 Stat. 655 (U.S.C., Title 50, Sec. 104);
Now, therefore, by virtue of the authority vested in me as President of the United States, and Commander in Chief of the Army and Navy, I hereby authorize and direct the Secretary of War, and the Military Commanders whom he may from time to time designate, whenever he or any designated Commander deems such action necessary or desirable, to prescribe military areas in such places and of such extent as he or the appropriate Military Commander may determine, from which any or all persons may be excluded, and with respect to which, the right of any person to enter, remain in, or leave shall be subject to whatever restrictions the Secretary of War or the appropriate Military Commander may impose in his discretion. The Secretary of War is hereby authorized to provide for residents of any such area who are excluded therefrom, such transportation, food, shelter, and other accommodations as may be necessary, in the judgment of the Secretary of War or the said Military Commander, and until other arrangements are made, to accomplish the purpose of this order. The designation of military areas in any region or locality shall supersede designations of prohibited and restricted areas by the Attorney General under the Proclamations of December 7 and 8, 1941, and shall supersede the responsibility and authority of the Attorney General under the said Proclamations in respect of such prohibited and restricted areas.
I hereby further authorize and direct the Secretary of War and the said Military Commanders to take such other steps as he or the appropriate Military Commander may deem advisable to enforce compliance with the restrictions applicable to each Military area hereinabove authorized to be designated, including the use of Federal troops and other Federal Agencies, with authority to accept assistance of state and local agencies.
I hereby further authorize and direct all Executive Departments, independent establishments and other Federal Agencies, to assist the Secretary of War or the said Military Commanders in carrying out this Executive Order, including the furnishing of medical aid, hospitalization, food, clothing, transportation, use of land, shelter, and other supplies, equipment, utilities, facilities, and services.


The year was 1942.  The President - Franklin D. Roosevelt. FEMA didn't exist yet. FEMA camps weren't even a conspiracy theory yet. However, thousands of American citizens and legal residents were relocated and placed in internment camps across the United States. All in the name of National Security.

How quickly we forget that both parties, Democrat and Republican, have committed human rights violations.

We spend so much time arguing over immigration and religions that we lose sight of the fact that jihadists are the reaction to our actions in the middle-east. Maybe instead of trying to stop immigration, we need to stop bombing countries, stop interfering with the politics and regimes of foreign countries, and worry about taking care of our own problems here at home. In 2016 alone the US dropped over 26,000 bombs, and at the same time approximately twenty veterans committed suicide each day, and there were over 500,000 homeless in the United States.

Don't let politics divide us. Work together in your communities to fix our problems, locally and nationally. And if the time comes, stand up for each other. Give a voice for those who have no voice.

Come together as one people. Spread love, not hate.

Ken is the editor of Liberty Chronicle Independent
Posted by Ken